JBL PRX ONE vs EON ONE MK2 Column Arrays

JBL Recently launched the PRX ONE Column Array and the EON ONE MK2 Battery Powered Column Array. So what are the main differences?

I find myself increasingly in front of stick PAs, as more and more manufacturers get into the territory. I also ran the stick PA demo sessions at ENTECH three years running and have personally put almost all of the models in this roundup through their paces. What I have been surprised by is the history of the humble stick, its origins in a concept championed in the 1970s, and its relationship to modern immersive audio PAs.

The stick PA we know today had its genesis in the USA when engineer, inventor, and musician Cliff Henricksen. Cliff and another engineer called Ken Jacob started to work on the first stick PA in 1995, which would be commercially released in 2003 as the L1.

Cliff and Ken were trying to solve what they referred to as the ‘triple amplification’ problem in amplified live music performance; instruments have amps on stage, performers have foldback, and then there’s the FOH PA.

They found it all created a flat, uncontrollable mess with no spatialisation that wasn’t ideal for the musicians. They adopted an idea from The Grateful Dead’s ‘Wall of Sound’ experiment in the 70s; dedicated line arrays behind each performer, shooting over their heads, with a separate line array for each performer. No more guitar amps blaring into the first few rows, nor foldback making a sonic mess, and no FOH PA that the musos can’t hear trying to drown all of that out.

The L1 concept was tested exhaustively with musicians and sound engineers, with direct A/B comparisons run between traditional FOH PAs, switching over to four or five L1s set up behind the band. Apparently, the results were fantastic. But as is the case with many radical inventions, the public embraced the product, but not the manner in which it was intended to be used. No matter; the L1 and all of its descendants went on to become huge sellers powering solo and duo musical acts, corporate speakers, buskers, and wedding celebrants.

Which leads us to two of JBL’s newest entrants into the world of “Stick PA’s” the JBL PRX ONE and EON ONE MK2.

The JBL PRX ONE is a high-quality powered column PA. The design boffins at JBL have taken what they typically don’t like about stick PAs and addressed those issues one-by-one. Firstly, it looks professional and expensive; perfect for corporate. Secondly, the mixer and DSP are extensive and powerful. Thirdly, it’s spec’d well; capable of 130dB powered by a 2000W amp, dispersion is an extra-wide 130 x 40 degrees. The JBL Pro Connect universal app offers control over every function of up to ten systems.

The PRX ONE succeeds where many previous stick PAs fail. Having passed my test tracks with flying colours, I went to the mic test. When running speech through a humble SM58, any PA’s flaws are obvious. The PRX ONE is strong, flat, and honest.

The mid-high array sports 12 2.5-inch drivers. Meanwhile, in the sub, there’s a 12” woofer extending down to 35Hz. It’s tight, musical, and completely free of the kind of ‘one note’ resonances you can find in this part of the market.

One of the most intriguing things about the PRX ONE is the optional install bracket and adaptor. Unlike other column PAs, this means you can position the mid-high array away from the sub enclosure/mixer/amp that feeds it. Specifically, you can wall mount them with a multi-angle bracket, hide the sub out of the way, and connect the mid-high via a speakCON terminated cable. Considering that the whole package includes inputs, processing, app control, subs, and mid- highs, this puts the PRX ONE in contention for installation in everything from small entertainment venues to large meeting rooms and every application in between.

The EON ONE MK2 is a stick PA that runs on a rechargeable battery that is ingeniously built into the speaker column, offering a six-hour run time. Highly portable at just 19kg for the whole package, the battery operation alone offers huge advantages to anyone running anything outdoors including buskers and wedding celebrants. Not having to find power will also aid every kind of corporate AV application when getting in and out fast is a must.

Operating the mixer via the onboard controls is easy and intuitive. I like the inclusion of dedicated EQ controls, which you don’t often find on this kind of unit. You get three levels of access to the DSP, including beginner, intermediate or advanced, which means the MK2 can safely go out with just about anyone in dry hire, or be tweaked and tuned by pros as necessary. The JBL Pro Connect universal app offers control over every function of up to ten systems.

In the listening test, utilising both test tracks and an SM58, the EON ONE MK2 is a solid performer. I had just tested the more expensive JBL PRX ONE, but the price difference did not equate to an equivalent reduction in quality.

The battery that runs the system is a very clever piece of engineering. I would swear, being an avid cyclist, that JBL have sourced it from an electric bike manufacturer; it’s almost identical to units I’ve seen whizz by me on the bike paths. When you’re running on mains power, you get a 4dB boost, kicking you up to 123dB peak SPL. We were listening on mains, and the power was more than adequate for most small gigs.

Horizontal dispersion is slightly wider than most, at 140 degrees. The column array is running eight 2” tweeters, while the bottom is handled by a 10” woofer that runs down 37Hz. Amp power is rated at 1500W peak. 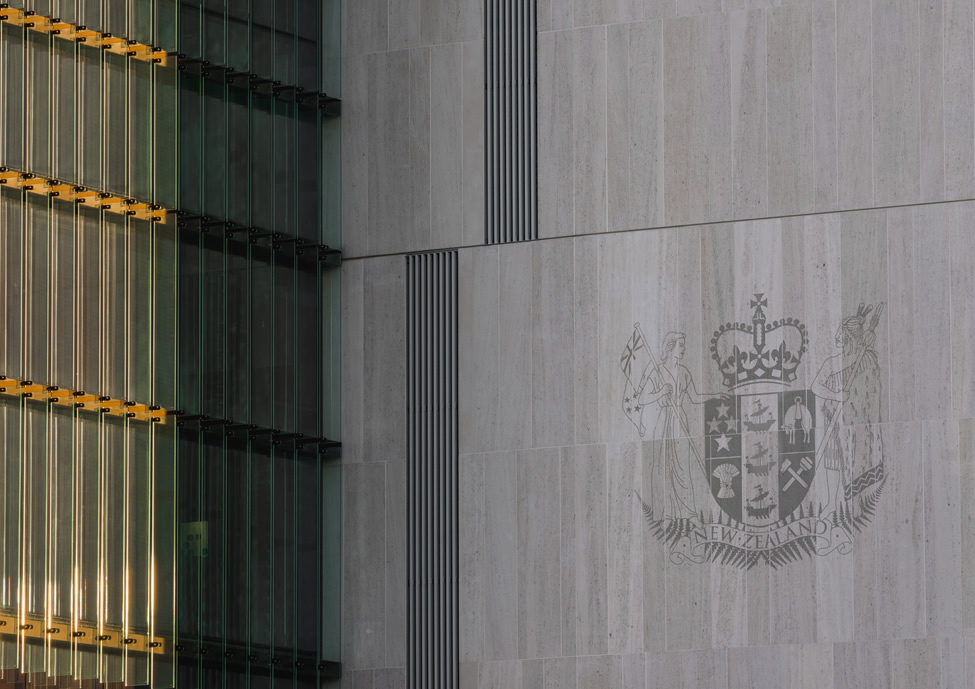 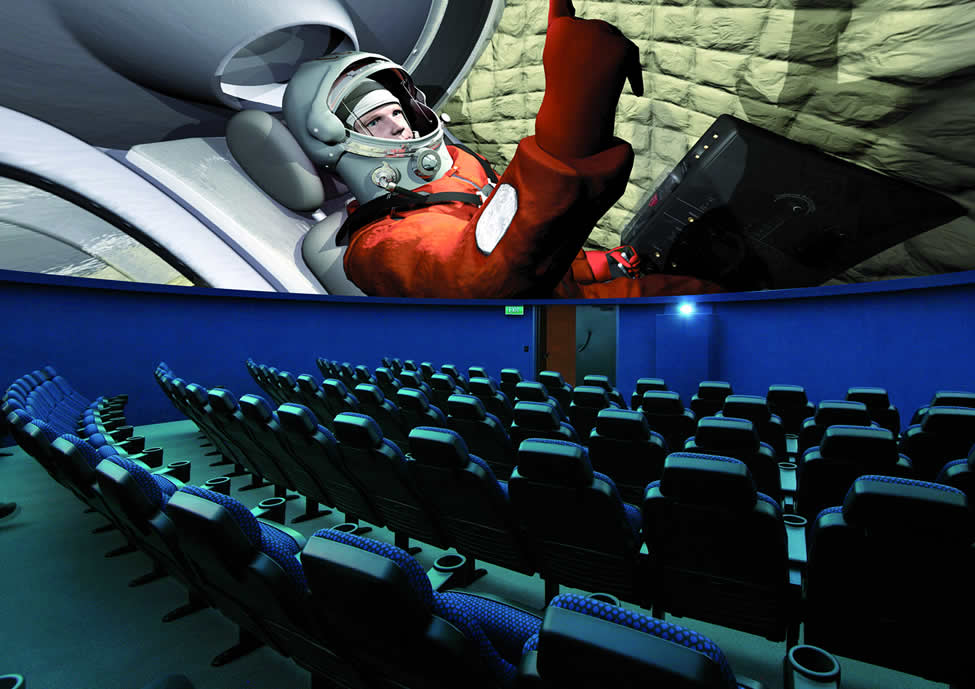 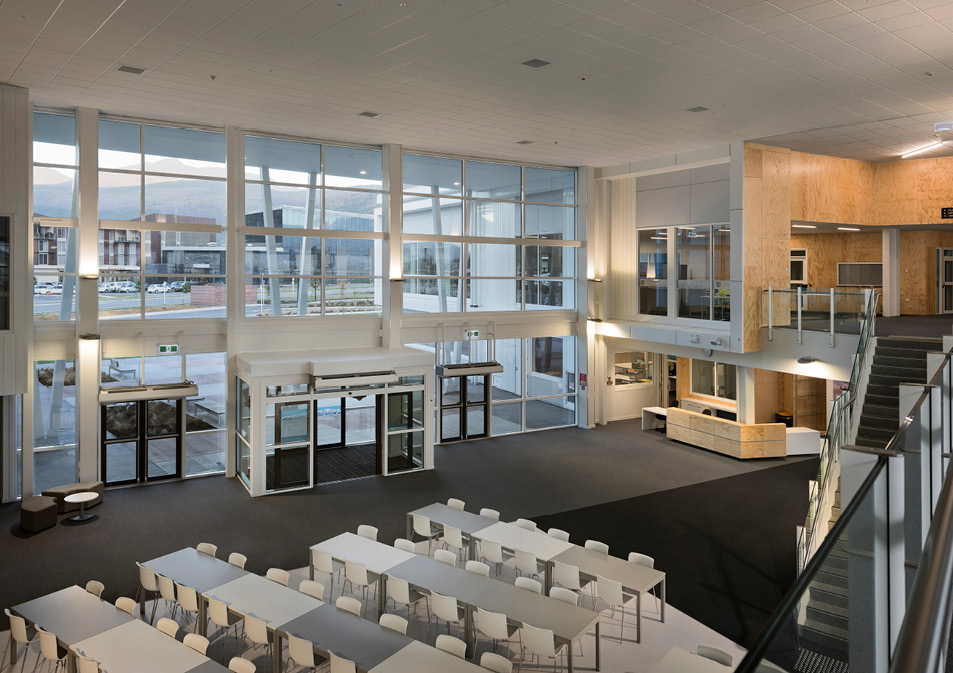 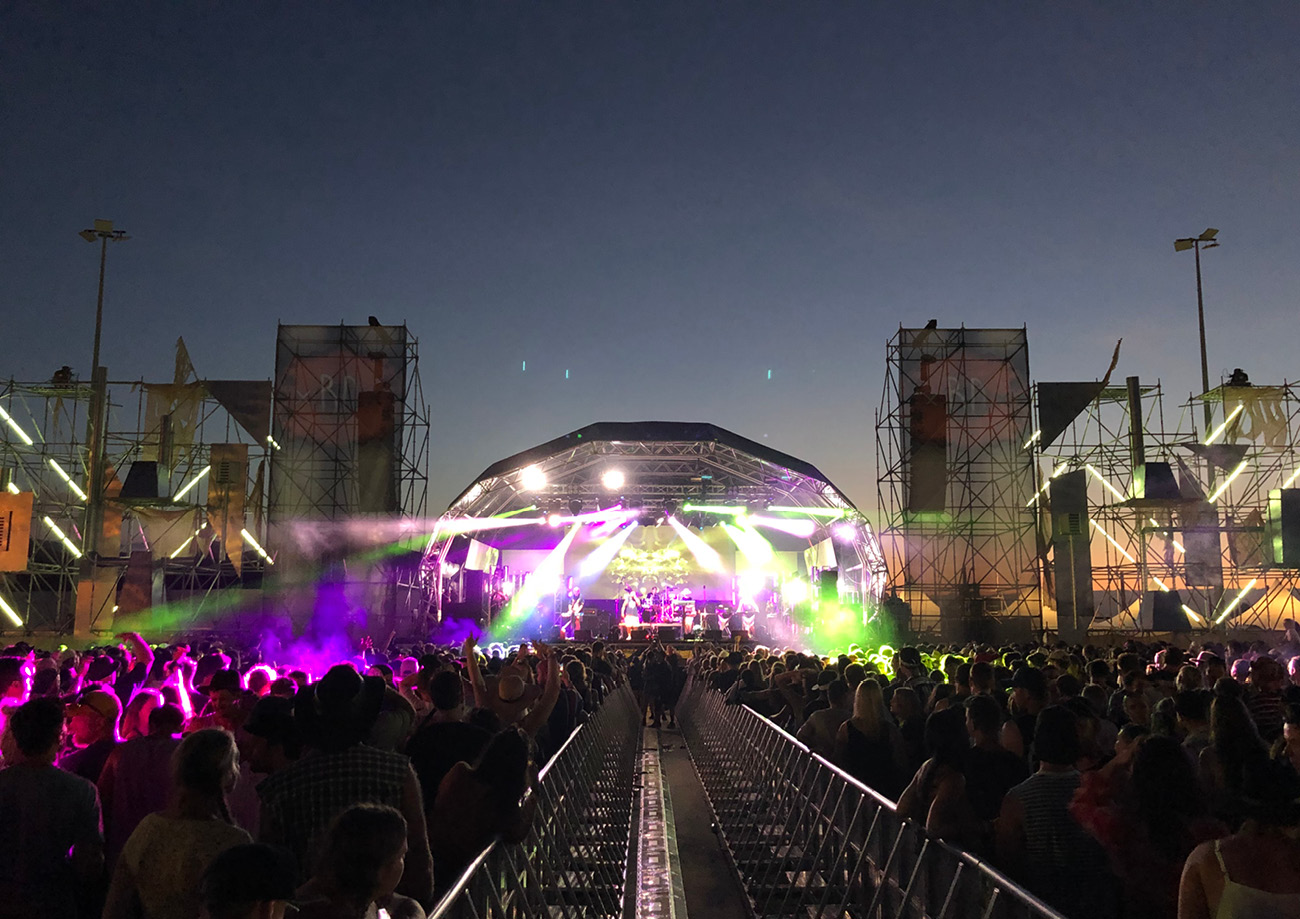 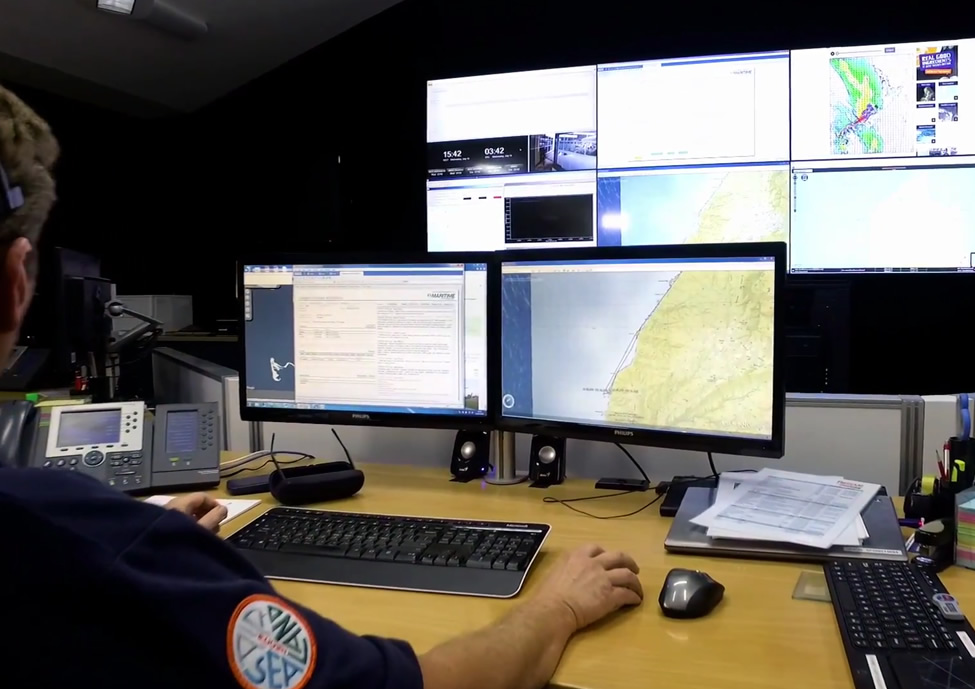 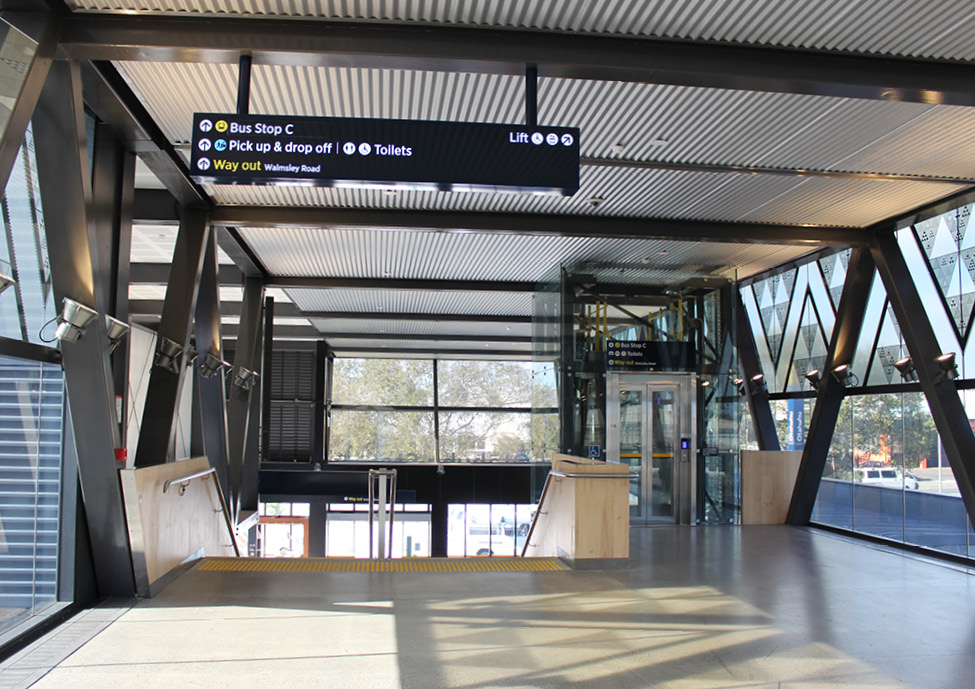 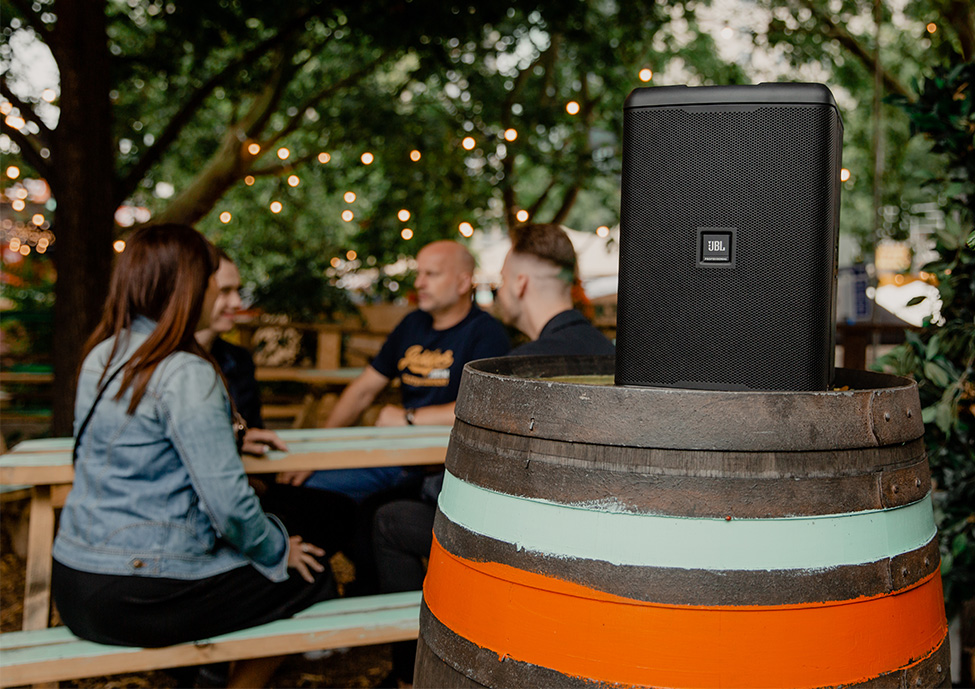 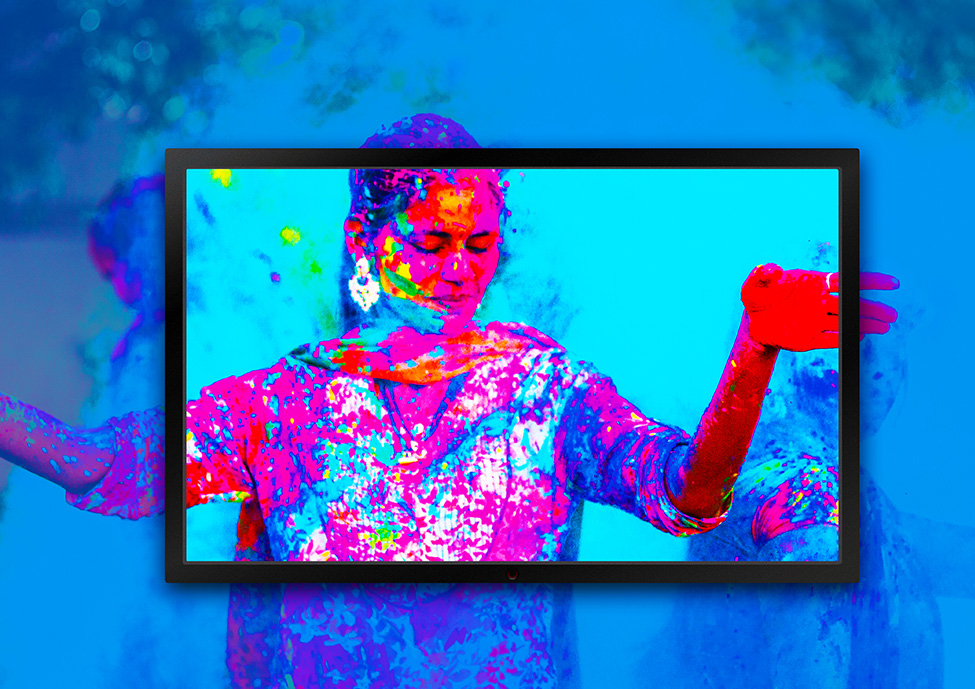 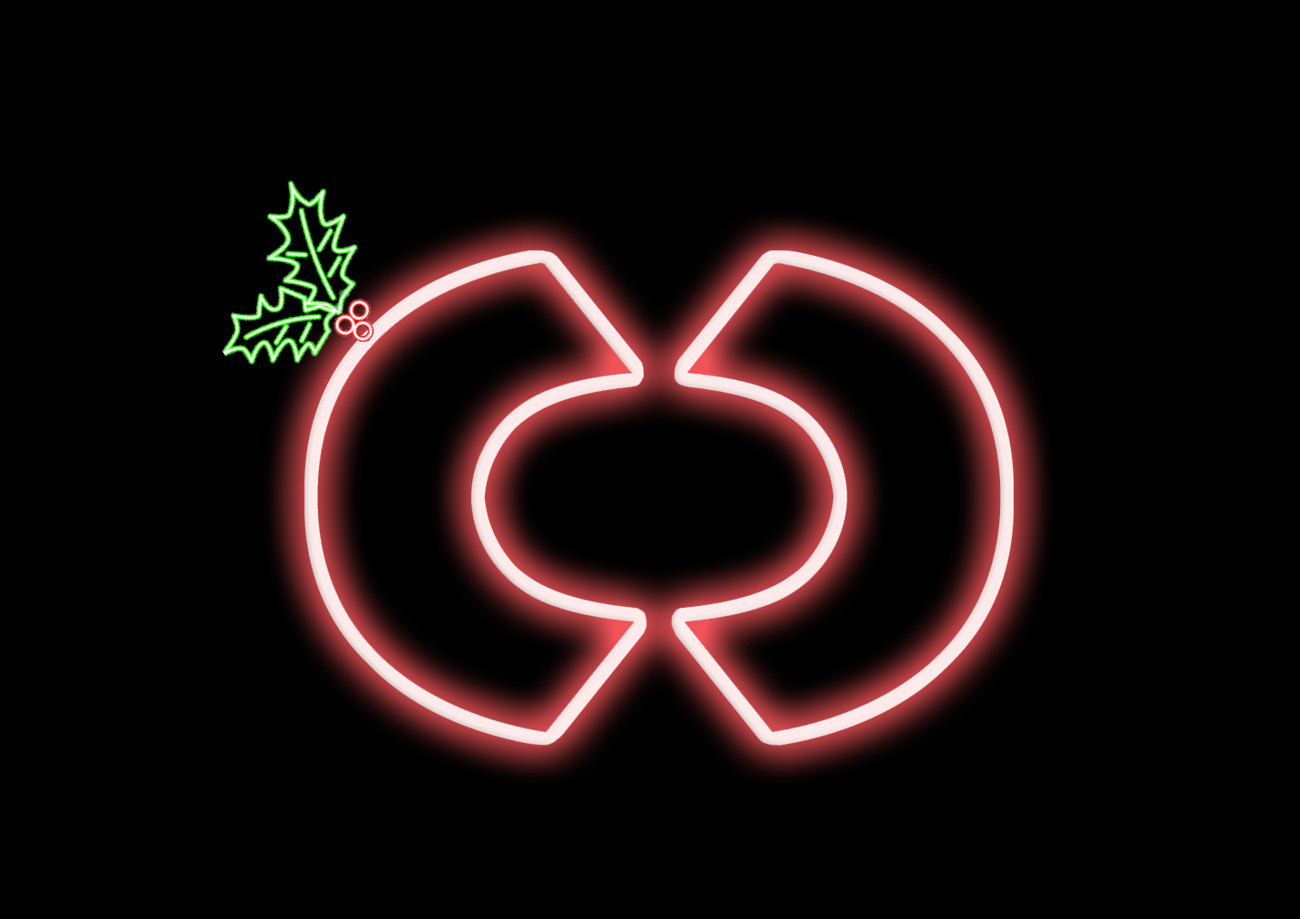