How to Tell the Difference Between Passive and Active Antennas 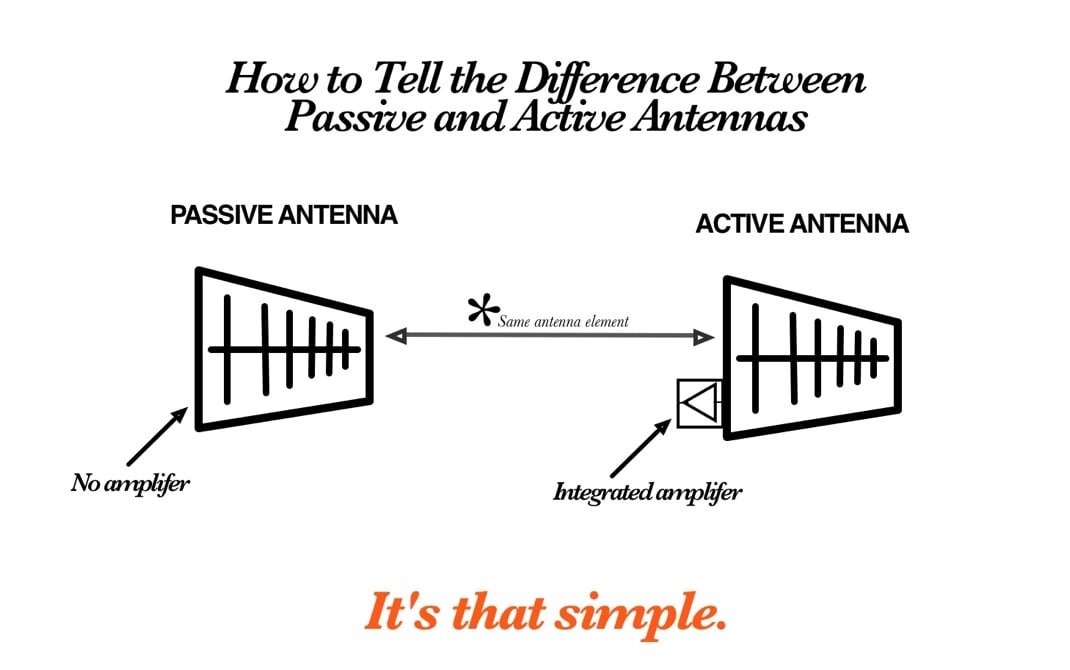 In our experience, active antennas are misused and abused. Many people don’t fully understand what an active antenna actually does. They only know the word “active” sounds better than “passive,” and that “more” is better than “less.” Hell, I know I do. But here’s the deal: active antennas can really do a number on your system if you aren’t using them right. This article should get you up to speed on the active vs. passive debate.

Active antennas are any antennas with integrated signal amplifiers built right into the unit, like the AKG RA4000B-W.

Passive antennas are antennas that have no amplification stages, like the CP Beam.

Active antennas can be used for both receiving and transmitting applications, but they are most often seen as receiving antennas. When used to receive signal, the integrated amp boosts the RF picked up by the antenna and allows much longer remote cable runs.

When used as a transmitting antenna, active antennas increase the RF power above and beyond whatever output power the transmitting device is using.***

The only practical reason to use an active antenna is to compensate for cable loss in receive applications. All RF signal loses strength (attenuates) as it passes through coaxial cable. The longer the cable run, the larger the loss. 100’ of RG8X will steal anywhere from -8 to -11 dB, depending on a few factors, like frequency. The amps on active antennas are designed to compensate for this loss by boosting the signal right behind the antenna before sending it down the line, so the gain at the receiver is closer to unity gain. 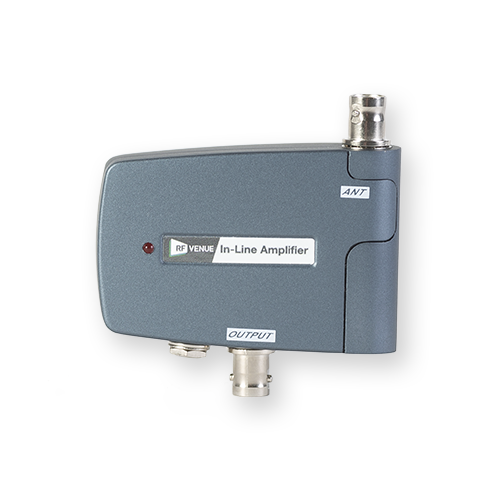 It is important to note that active receive antennas do not increase directional gain. Which is another way of saying that the amplifier has no effect on the electrical characteristics of the antenna, and therefore no effect on an antenna’s fundamental ability to pick up RF energy floating through the air.

If you use active antennas on a coax run that is too short, you risk overloading the RF front end of the receiver system, which can manifest itself as catastrophic audio over your PA. Likewise, you can easily overload by using an active antenna’s gain control at a setting that is dis-proportionally strong for the cable run’s length.

UHF cable runs of less than 50 feet do not require active antennas or in-line amplification to compensate for loss. The loss is too small to make any audible difference, and without carefully calibrating gain structure you put the overall health of your audio ecosystem at risk. Also, keep in mind that if you’re using a directional antenna like the Diversity Fin or the CP Beam, you’re adding gain at the antenna (without an amplifier) which can make up for short run cable loss. [More on this topic, ERP, will be in a post next week. UPDATE: Here is that post.

All too often, we’ll find a small theater or school or church system is using an active antenna at the side of a stage with a +12 dB amplifier on a 50’ or 25’ run. This gain is in addition to the + 6db of gain the paddle antenna itself imparts. With their transmitters at 30-50 mW, the front end of the wireless receiver gets overloaded and all hell breaks loose (except in a church, where hell is kept safely at bay).

We always encourage our customers to buy passive antennas, and then only add in-line amplifiers to make up for transmission line loss if they are doing very long cable runs of more than 100 feet.

With the introduction of low-cost RFoF technology, active antennas and in-line amplification are becoming increasingly obsolete. In the past, if an installed system required a cable run over 100’ there were only two options: use expensive plenum rated coax, or use some combination of active antennas/in-line amps and carefully manage the gain structure to avoid overload or coax line loss. With fiber optic transmission, signal can be sent miles with little to no loss at all.

***Use caution when deploying active antennas in transmit applications. In the VHF/UHF broadcast bands, most transmitters already operate at or near the maximum output power allowed by the FCC. Adding an amplification stage before the transmitting antenna risks exceeding those limits, so unlicensed UHF users should never include an active antenna in the signal chain of an IEM or intercom system. Plus, an active antenna’s amplifier would need to be bi-directional to function in a Tx setting. Not all of them use bidirectional amps.